The Man Behind The Throne 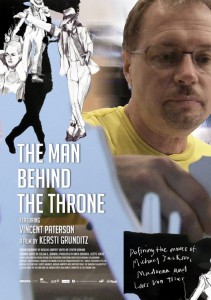 Vincent Paterson is the Hollywood choreographer who created defining moves for stars like Michael Jackson and Madonna. He challenges the myth of self-destructive fame being the road to success with his childlike joy of creation, his tough work ethics and his personal integrity. He is an artist unknown to most people, whose work is seen by millions.

Kersti Grunditz met Vincent in 2001. Read his bio and realized she had seen everything he had done and yet never heard of him. Eventually he trusted her and her team to share him with the world in this intimate portrait. He shares his work, his thoughts, his personal rehearsal footage and the wamth of his life among friends and family in Hollywood.